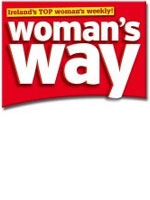 Learning to manage your time is paramount in a workspace – we show you how. Laura McDaid interviews Paul Davis, Davis Business Consultants.

As I sit here tonight going over my notes so I can start writing up this article on time management, the irony of my own circumstances has just occurred to me. To set the scene, it’s 9pm on a Thursday evening – hours before the Friday lunchtime deadline set by Woman’s Way editor, Áine. But because I have a newsroom shift tomorrow morning, it needs to be finished before I go to bed, and God only knows what time that will be so the odds on me sleeping in are stacking up.

If I wasn’t pregnant I’d probably be opening the wine right about now as a comfort to get me through the next couple of hours, and as a means of de-stressing after the chaos of today’s newsroom shift. Looking on the bright side, at least I’ll only be tired and stressed tomorrow, as opposed to tired, stressed and hungover, which was the case on many a morn before seven months ago.

What’s worrying me most though, is the increasing temptation to leave the computer and make a start on the ironing pile in the corner. I don’t have anything to wear in the morning and there’s no point bringing out the board for one top. Besides, ironing is easy…I don’t have to think about ironing…I can watch What Katie Did Next at the same time and at least I’ll have achieved one thing when it’s done.

Now you may be thinking: “Poor cretin, juggling all of that so far on in her pregnancy” (and bless you if you are), but consider this – I was commissioned to write a range of features, including this one, almost two months ago. I could have had it done and dusted at the start of February – easily. But I didn’t.

Which is why I’d make an abysmal company director, as procrastination and lack of planning are two of the most common traits of bad management, according to Irish business consultant Paul Davis.

But in making the assumption that I could never run a successful company, the director of Davis Business Consultants says I’m falling into the trap of making excuses for my chaotic lifestyle.

“You’re saying: ‘This is the way I am, I can’t change’, but anyone can train themselves to manage their time and workload better – it’s not rocket science. If you’re a procrastinator, recognise that this is your way of working and don’t beat yourself up about it. But you need to work out why you procrastinate.”

In some cases, he says, it’s fear of failure. It can even be a subconscious fear of success with all the responsibility it brings. On a more basic level, it’s usually a false belief that there will be a better time to tackle things than now.

“Identify the things you normally avoid and start them now. Give yourself a time limit and stick to it. Break the task down into smaller goals and reward yourself with a break so that you’re feeling positive before starting the next one.”

But before you start, learn to prioritise, as concentration can be easily lost in a sea of less important things waiting to be done in your head – these things are a drain of your mental energy. “A well thought out to-do list is essential,” says Paul. “Most people have a list of some sort in their heads if not on paper. The problem with many of them though, is they are just a collection of things that need to get done, with no rhyme or reason, and because of this, the work they do is unstructured and unproductive.”

He suggests that on the evening before work, you should pick the top three things you want to get done. Doing the most difficult or boring tasks first means you’ll look forward to the easier ones rather than dreading the difficult ones.

“It’s all about goal setting, which people tend to neglect because it requires time and effort. What they don’t consider is that a little time and effort put in now saves an enormous amount of time, effort and frustration in the future.”

Remember: good time management involves focusing on results, not on being busy.

“Many people spend their days in a frenzy of activity, but achieve very little, because they’re not concentrating their effort on the things that matter most.”

But although we might associate bad time management with sloppiness and lack of care, it can equally be caused by too much concern for one aspect of your job, to the detriment of other responsibilities.

“Pride in your work is important”, says Paul, “but perfectionism can do more harm than good. Time spent labouring over one task that is largely completed might be better invested in getting on with a new one. Strive for accuracy instead, use realistic standards and forgive mistakes.”

Slow decision-making also robs us of valuable time. “Your first inclination on a decision, provided you’ve considered all the key details, is usually the best.”

Back to Thursday night and I’m typing away, beginning to get somewhere, when my phone rings. It’s a friend I haven’t spoken to in weeks and I’m tempted to answer, but another of Paul’s mantras is foremost in my mind (and notebook) so I let it go to voicemail.

“Managing interruptions is essential. Some calls need answering and requests dealt with, others can wait. Carry out easy jobs while on the phone. Return calls at specific times and be firm but polite with long-winded callers.”

“Also, don’t be afraid of saying no. If you spread yourself too thinly, you’re no good to anyone. You can say no nicely – it doesn’t have to be insulting. Better this than say yes and have to go back on your word, stressing yourself out in the process.”

Of course, certain jobs require you to be available for people when they need help, so make sure you don’t scare people away from interrupting you when they should.

And when the door is closed – physically or metaphorically – on interruptions, bear in mind that the order of the space around you can have a significant impact on your ability to focus on the task at hand.

“You can assess a lot about what’s going on in a person’s mind by the state of their desk or workplace,” says Paul.

“If the environment around you is chaotic, chances are your mind is too. And when your mind is in a state of flux, it becomes much more difficult to make rational decisions and to prioritise what needs to be done. You might waste time looking for information on documents or post-it notes which could be found in seconds if you just invested time in a good filing system.”

At this point I was glad we’d opted for a phone interview so Paul couldn’t see the bomb site of note books, unopened post, empty coffee cups and wrinkled clothes that make up the rich tapestry of my living room. But looking around, I realised how right he was. My head’s been a mess lately and I feel like I’ve been moving so fast but getting nowhere.

NO NEED FOR JUGGLING

When you’ve sorted your physical environment, and prioritised what needs done, tackle one thing at a time and resist the temptation to juggle three or four things at once.

“Think about it like this: when you start using all the programmes in your computer at once – like your email, the internet, iTunes, etc – the computer starts to slow down and may eventually crash.”

“By the same token, if you take on too many responsibilities and try to tackle too many jobs at once, your mind and sense of wellbeing will eventually suffer and you’ll find that you’re not performing well in any aspect of your life.”

Finally, when you feel that work is taking over your life, you might feel the urge to grab a takeaway and head for the off-licence or pub to unwind at the end of a stressful day, but it’s at precisely these times, says Paul, that you really need to be taking care of your health with good nutrition.

“It’s tempting to want to unwind with a few beers or a bottle of wine, but alcohol and poor diet contribute to disturbed sleeping patterns and a lack of concentration during the day, which is exactly what you don’t need.”

They can also affect your emotions, and managing your emotions in the face of a heavy, intimidating workload is as important as managing your diary. If you don’t, it can lead to burnout, which is caused when your mind or body can’t cope with overwhelming physical or mental demands. As boring as it sounds, a bit of exercise, healthy food and an early night will help you cope with another hectic day ahead better than anything else.”

Incidentally, in case you’re interested, it’s now 11.25pm, I’m finished writing and I’m going to bed. In the morning I will arrive at work in wrinkled clothes, but at least I’ll have had seven good hours sleep (fingers crossed) and the relief of knowing Áine won’t be cross (for the record, Áine is not cross! – ED). WW

Paul Davis is a business growth specialist and publishes his regular newsletter for business owners, consultants, coaches and professional service providers. If you want to get a copy of his free special report “The 7 Big Mistakes That 72% Of Business Owners Are Making That is costing them a fortune in lost sales, lost profits and lost business opportunities!” then visit www.davisbusinessconsultants.com to download your copy.

Find our more about our Business Coaching services