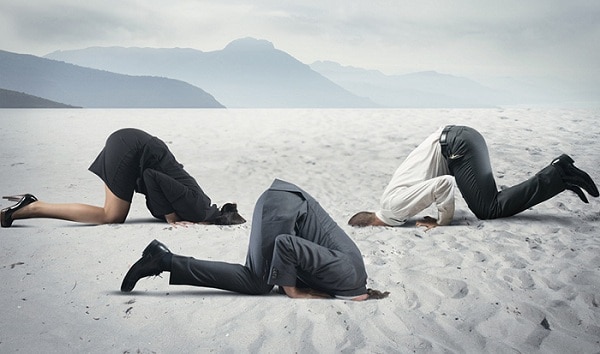 It is for a reason that I avoid the term corporate social responsibility and use corporate social philanthropy instead. As it’s become clear over the last few years, CSR is nothing more than an afterthought for many businesses, a box ticking exercise, a marketing function designed for good publicity which results in nothing but uncoordinated activities with none or close to none long term impact.

The term philanthropy, on the other hand, which comes from the Greek phil – loving and anthrōpos – mankind, people, means out of love for people. And while many people tend to think of giving money and donations when they hear philanthropy, its original meaning is not restricted to just that but actually refers to any act of kindness designed to help people.

As a consultant in corporate philanthropy, it is my strong conviction that the days of the superficial corporate efforts are numbered. CSR that is limited to companies printing less paper or advocating & supporting healthy lifestyle solely on paper is not only insufficient but widely criticised. The world is constantly changing and so are all sorts of stakeholders’ expectations towards businesses. Thus what we know as CSR is evolving into CSP – corporate social philanthropy.

People want to see genuine intentions, long-term solutions and commitment to solving social and environmental problems. The businesses choosing to ignore it might end up losing out on new markets and being pushed out of the ones they already participate in. Here’s why:

Millennials are a growing portion of the active population and thus workforce worldwide. However, their values in life and expectations from a workplace are fundamentally different to those of previous generations. Unlike other generations, they are not seeking comfort and stability but are open to change and in search of new challenges and opportunities. They are also characterised by their desire to contribute to the greater good and change the world for better. Thus, Millennials tend to be less loyal employees and more demanding customers too. A Deloitte survey from a few years ago shows that 70% of the Millennials would decide whether or not to work for a company based on the company’s commitment to the community. At the same time, a number of other researches have shown that Millennials’ decision to choose one product over another is predominantly based on the image of the company and whether is it perceived as socially responsible or not. With this being said, appealing to a growing part of the population, both in terms of employees and consumers, will be crucial to any business’ survival in the future.

Social change has become the new hot topic both in societies and in the corporate world. Since an increasing number of people worldwide, and hence various businesses’ stakeholders, see making a difference as important, social entrepreneurship is becoming an ever more popular business model. A growing number of start-ups are created with social impact in mind and designed around making a difference in a meaningful and sustainable way. At the same time, a rising number of traditional businesses that understand the importance of philanthropy in the corporate scene of the future, are starting to integrate a social element into their model and operations. That is to say that philanthropy is going to play an even larger role in both society and business in the future.  In a world where impact is as important as profits, those organisations that are able to compete on quality and cost but also on the difference they make will be the ones that stand a chance.

Just about 15 years ago only a dozen of the Forbes 500 companies issued reports different from the financial ones. Today more than two thirds of the most prosperous companies in the world publish reports on their social responsibility. In their Harvard Business Review  “Strategy & Society” paper, Mark Kramer and Michael Porter say “What these reports leave out is often as telling as what they include” meaning that many corporations engage and report on CSR just for the sake of doing it rather than out of genuine care for society. Regardless of this, however, it is a fact that the popularity of these reports has grown in parallel to the importance of CSR rankings. The image and reputation of a company are crucial to a company’s success as being socially engaged is becoming a tremendous competitive advantage. Thus, corporate philanthropy is becoming an integral part of the brand and something potential partners and investors increasingly take into consideration.

“Ignorance is a voluntary misfortune”

said Nicholas Ling, a British bookseller and editor from the 16th century who published some of the most important Elizabethan works, including some of Shakespeare’s Hamlet. His words couldn’t be more true when it comes to corporate social engagement and philanthropy.

People expect more from businesses today and covering the bear minimum is increasingly insufficient. Businesses are expected to be responsible towards the environment and society and that’s a given but now communities want to see companies actively engaged in solving societal problems and that’s gradually becoming a must. And those organisations that choose to ignore their role and responsibility in society might in fact be choosing to disappear in the future.

Social responsibility is no longer about writing a cheque or organising volunteers to work for a number of hours with a social cause. It is about having a genuine desire to make an impact and working closely with the worthy cause.

If you would like to incorporate social impact into your business model so that you not only make a difference but also grow your business, please don’t hesitate to get in touch. As a corporate philanthropy consultant with many years of business coaching experience, I can help you integrate meaning and purpose into your business in a sustainable way. . You can get in touch with me, Paul Davis, here.