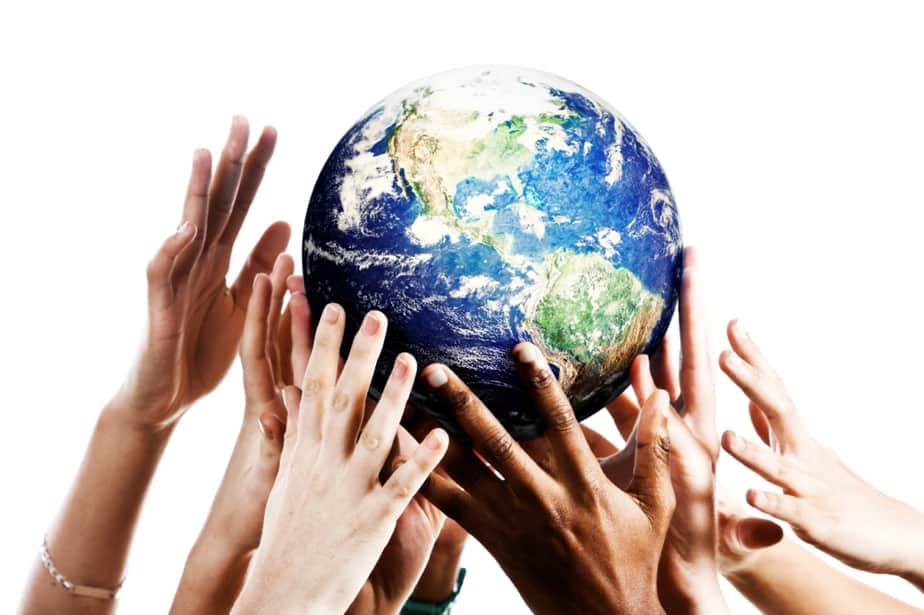 The term Corporate Social Responsibility doesn’t sit well with me. In my opinion it is one of the most paradoxical concepts for some of the most misleading ‘corporate missions’.  Firstly, it implies that it is something exclusively for large companies and international corporations. Secondly, in many cases where it is being practiced, it is neither about society, nor about responsibility.

Don’t get me wrong – I love the idea of companies acting as responsible members of the society and supporting it. But what it has become in the most part is another marketing and PR function.

Today implementing CSR strategies is modern. Large corporations are embracing it in the realisation that they have smaller chances for a bright future without it. The consumer expects it, employees like it and most importantly – everybody talks about it. So it has become a great way to market yourself as a good corporate citizen and a dream employer who cares about people. However with many of the charities and corporations I have spoken to – the focus for the corporate has been to use CSR as a marketing piece so as to get a return on their investment! Where is the genuine culture of giving being developed if this is the focus? What kind of a human resource culture will be nurtured within the organisation – a capitalist culture or a caring culture?

The problem is that, as large amounts of money are being thrown left and right at projects, and charities scramble for the lottery of securing a corporate backer, many small businesses are paralysed for any social effort on the assumption that they can’t make an impact because of their size. There is a sort of a mental barrier there as it is often considered by small companies that social efforts are reserved for companies with more financial resources.

Well, you might not have that money, but money isn’t everything. And even when it is about money, the scale of your impact will depend on how it is spent. Just consider the fact that large businesses often ‘wash their hands’ by partnering large, not less prominent than themselves, charities and they ‘support a cause’ by writing big cheques. Those NGOs however have their own huge expenses. Among these are, for example, the salaries of their fundraising managers that often times are above €80k per year. Where do you think this money comes from?

Small business owners often forget the importance and ultimately the power they have. Not separately but together. Ireland’s Small Business Act (SBA) Factsheet for 2015 by the European Commission shows that SMEs in Ireland account for 99.7% of all enterprises, 46.2% of the value added in our economy and over 70% of the employment in the private sector.

It just shows you what a central role the small and medium sized businesses play in our economy and consequently in our society. Don’t try to save the world or make changes with global impact. Even large companies don’t have that power (or at least not through superficial CSR strategies).

Instead if we all try to make an impact on the life of a small number of people or  just on our direct environment and closest community, can you imagine the scale of the impact we can have? Again, not separately but all together.

As I’ve mentioned before, I often get asked by entrepreneurs and small business owners where they could start in terms of contributing to a greater good.

So these are a few ideas on easy to implement and less expensive social engagement efforts suitable for small and medium sized companies.

Be a Role Model.

Businesses have been focused on money for a long time now. But businesses are, in the end of the day, orchestrated by people. Not by money. Success is absolutely important and we are built for success. However the human factor has been widely neglected  for a long time, and while this is gradually changing in some industries, in many companies it is still the case.  It is people that are behind every innovation, everything we have created that makes our lives better and everything that surrounds us. It is good not to forget that. Our future depends on people and the people of our future are the children of today. I know that this is such a cliché but like every cliché it couldn’t be more true.

That being said, there are so many children out there from less privileged social groups that have their whole lives in front of them, lives that many of them don’t know what to do with.

It is funny how our minds only deem possible what they already know or have experienced, and everything beyond that seems impossible and unattainable. Imagine if you only knew a harsh reality in which all you are concerned with is how to survive. Wouldn’t it be great if somebody told you they also went through difficult times, dealt with their struggles and are successful today.

Every one of us needs inspiration sometimes to pull all the courage we have and make a step forward. So why not go out there, source institutions such as orphanage homes, community centres or even schools in bad areas and share your story. Give these kids hope, give them direction, mentor them if you wish. You can do that alone, you could get your employees involved or even partner with another company creating a larger initiative!

The little time you spend today (not money!) can make a huge difference for them, for you, for us tomorrow.

Get Your Hands Dirty.

Alternatively, you could improve on the material base and facilities of less-privileged social groups. And you don’t need to go as far as India to do that. There’s plenty of neglected, poor communities right here in Ireland and the rest of Europe. For example, there are many run-down schools, hospitals, kindergardens that could be renovated and all sorts of infrastructure improvements that could be done in a number of countries, especially in Eastern Europe, where the state effectively doesn’t do its job.

Liaise with a non-profit organisation over there that could act as the middle man between you and such communities.  There are many possibilities, you just need to look for them.

Now, such social engagement might require some funds, true. Yet because of the living standards difference, you can do a lot with little resources in poorer countries. To help generate funds for the materials you will need, you could engage with you customers, advertise the initiative and get them to help you with small donations. In return, you could offer discounts off some products. Many times people are often happy to support such causes. Alternatively, you could partner with another company or even several companies and pour your resources together.

Such initiatives have the gained benefit that they also work as a great team building activity for your staff. If you think about it, you probably spend some money on team building each year anyway, only to engage people in activities that some of them don’t enjoy or even moan about. What if you invested that money giving your employees the opportunity to get to know another culture and help somebody at the same time? It is killing two birds with one stone. And I promise you, they will come back more energised, more motivated and with a better team spirit than before.

Not all people are business people, but many people have great business ideas. Only most of them don’t have a clue where to start so these ideas often never see daylight or if they do, they fail epically because they are not carried out properly. We see this today clearly as with the Internet it is much easier for people to make the first steps. There are more tools out there, there’s more knowledge and Google has become the equivalent of what main streets used to be in the cities. This doesn’t mean that it is easier though. Not at all.

In fact it might be harder with too much information out there, too many options and too much ill-advised strategies easily found online.

Here’s an ideas for you – jump in and help these people. Share your knowledge, give them direction, mentor them. These might be the future players in our economy, they just need a little push as we all did in the beginning.  Look for Start-Up organisations and communities and see how you can get involved directly.

Again, no harm in getting more companies involved and start a whole initiative where young people can avail of specialised knowledge in different fields such as planning, accounting, marketing, sales, etc.

Another possibility is to act as a link between those who need and those who have. That way you will engage with your customers better, your employees and your whole immediate community. Say that you had a different initiative each quarter where you gave discounts on certain products if customers brought their used (but well-preserved) clothes, laptops, toys, books or whatever else you may think of.

While these things might be stocked up in the attic, never being used by some people, they could be a real treasure for others. Collect these items and donate them to homeless centres, orphanages or NGOs that would distribute these to communities in poorer countries.

People like to know they’ve been able to help and it is so easy to organise that with social media these days. Put it up on your Facebook page, put it up on your website and make sure you update people on the progress and whom you and they together have helped in the end of each initiative.

Certainly, not all of the above would be suitable for all types of businesses. Maybe if you had a small accounting practice or if you were a solicitor, it would make more sense to get involved as a mentor. Whether to kids, helping them get on the right track in life or to young people, helping them with their business ventures – it counts and you will impact people. If you were a retailer however or any other B2C business, then the last option is certainly more suitable for you.

Whatever it is, act and act in a way that is meaningful to you and aligned with your business and capabilities. Don’t sit back and wait for large companies to change the world. Together we can make an impact so huge that no large company can achieve on its own. Don’t you think?

Last but not least, these are only some ideas. If you would like to know what else could be done, contact me and let’s have a chat about how we can align your strategy with your social effort. I work with a number SMEs of various industries and I have helped many incorporate their bigger purpose into their corporate mission. And while there are many reports of how giving to a good cause is great for business and profits, the main thing is to do it with the intention of not expecting anything in return. That’s true giving. That’s making a real difference.