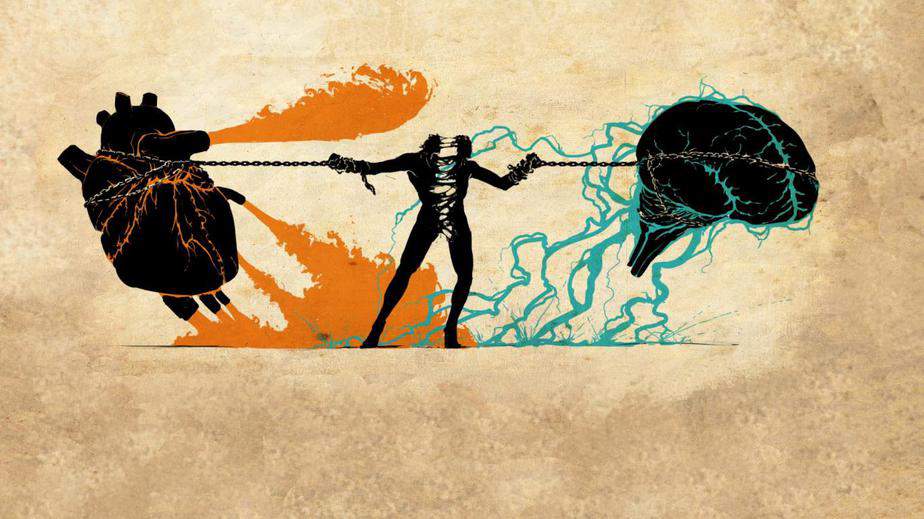 In my last blog, I mentioned that there is a critical line that shows up in our life between the states of Belief and Knowing.

The world that fed our ego.

Versus the inner calling to serve others and make a difference.

It can be a very unsettling time for many people, dealing with this critical line.

And as I mentioned in the previous blog, when we are in a state of knowing, we go on a quest for knowledge and wisdom. New deeper interests start to show up in the forms of spirituality, meditation, volunteering, intuition, social impact and the likes.

And many people seek out books, courses and activities that feed these interests. They even travel to different countries to hear from different gurus. Some spend months on mountains in deep inner reflection seeking answers.

But the difficulty is that many of these courses and activities are diverse. What I mean by that is that they’re not integrated. They cover one particular aspect of life or business, and they’re not joined up. They don’t get you past the critical line.

How do I know this…because I’ve done these same activities years ago.

And what I found is that they didn’t give me the answers I was seeking.

And what I found was that many of the gurus were living by themselves. They didn’t have spouses or partners. They didn’t have businesses to run or customers or clients to help and manage. Most of them spent a lot of their time in deep reflection and meditation. Others would refer to the fact that they spent their time on their own fluffy could.

It was like they didn’t have to deal with the day-to-day realities of life!

In fact, they purposely blocked out anything and anyone that knocked them off their Zen state.

So while they were exceptional in one aspect of their life. There were other areas of their life that were suffering, or what others might see as being imbalanced. While they might be high on the scale of say spirituality or finances, they were low on the scale when it came to say relationships.

Also, it appeared that there were elements of themselves that were being repressed in order for them to maintain in their Zen state.

And what you’ll find is that if an area of your life is repressed, it will be expressed in other ways – in order to bring you back into equilibrium.

Also if there is an area of your life that you are not empowered in, someone or something else with overpower you in that area.

So part of my research that I referred to in the earlier blogs was to find the way to get past the critical line and to thrive – to become that master – while also living in the real world!

And all of that research and methodologies, I’ve put into what I call the executive code.

As I said earlier, by doing a multitude of different courses or activities to find the answers – none of them are joined up.

And while you’re repressing one aspect of your life, it is being expressed in another way that is being kept concealed.

The cost is huge. Not just in terms of money and time. But also in terms of emotions, relationships and lost opportunities.

There remains this constant quest to find the answers. To find purpose. To find meaning and fulfilment.

Believe me, I’ve been there. So I know the full extent of how difficult it is to get past the critical line.

So while many people spend time in meditation, mindfulness, yoga or activities like these – it’s not getting them to the next level.

Don’t get me wrong – there is absolutely nothing wrong with any of these activities. In fact, the benefits of each of them are amazing.

The only thing is that everyone can’t be in a state of mindfulness or meditation, while also managing what can be a very stressful and busy business or career.

Do they help – absolutely.

Do they play a role in the executive code – yes.

What they help with is to quieten the mind in order to allow the inspired thoughts come up from the Unconscious.

What they help with is to bring the mind into equilibrium – to balance. I’ll talk more about this on a later blog.

Are there other benefits – yes – they help to calm you down and lower your stress levels.

But for many people their conscious mind and thoughts are very strong and therefore shortly after a person isn’t meditating, their conscious thoughts come back into play and bring up stress, fears, worry, anxiety, resentment, anger, hurt etc.

So the key is not to block out those conscious thoughts by just ignoring them or pushing them out of our mind.

When we do that – we’re repressing those thoughts. And remember what I said earlier – what you repress, will be expressed in some other way.

Many of the thoughts and feelings are there for a reason. They’re there as feedback to yourself that you’re not in equilibrium.

For most people, these thoughts that they keep repressed show up in illness – and nobody wants that.

So instead of pushing them out, ignoring them, or blocking them – what we need to do is dissolve them – neutralise them – bring them into balance.

And we do this by working with how the conscious mind works. It’s part of the work I do with clients.

If you keep blocking these thoughts out, you’ll continue to straddle between the state of belief and the state of knowing. You won’t get past the critical line to reach the levels of freedom that I spoke about before.

You can only get to the state of mastery by being in equilibrium in all aspects. Being in a state of equilibrium is the equivalent of love – pure love.

Pure love is seeing both sides – positive and negative – in total equilibrium.

It’s when you see the positives and the negatives in equal measure, and loving both sides, that you get to be in a state of equilibrium, and therefore open the direct channels between the executive centre, the unconscious and the SuperConscious.

The reason we want to be operating from the executive centre in the brain is because it’s responsible for finding the easiest, fastest and less costly way of achieving what we want to achieve. When I say less costly – I’m speaking in terms of all your resources.

Now let’s name the first circle – your executive centre. And we’ll name the second circle your unconscious, and the third circle the SuperConscious.

Your SuperConscious is what we call Universe, God, Source, Higher Power – or whatever name that you prefer to call the SuperConscious.

Now imagine there’s a vertical line going down through all the circles from the top circle through the tubes to the bottom circle. And at the end of this line is another smaller circle, so that it looks like a pendulum, – the kind you would see in a grandfather clock.

Now when that pendulum is vertical and straight – it is in equilibrium.

When it swings to either side – it’s not in equilibrium. And what you will notice is that if you swing the pendulum to one side, it is no longer going through the tubes between each circle, and it is no longer in the circle of the SuperConscious or perhaps even the unconscious, depending on how far the pendulum has swung. In other words, the connection between the executive centre, the unconscious and the SuperConscious is lost.

That’s how it works in real life.

What the executive code is all about is to help you bring everything into equilibrium so that you have that connection between your executive centre, your unconscious and the SuperConscious. In that way, you can bring about what it is you want to bring about in your life and live the highest truest expression of who you truly are. What you are meant to become.

That’s the amazing power of the executive code.

The downside of not living this way is that everything becomes harder. You don’t get to achieve what it is you want to achieve. More and more challenges show up in your life – the reason being is because nature is trying the whole time to bring you back into equilibrium. When you know how to do this, then you’re working with nature and not against it. You’re working in flow, not against flow.

The challenges that many people perceive in their lives – whether it be in their business, their career, their relationships, their health, their finances – no matter what aspect of their life that they look at – they then understand how to work with it. They no longer become challenges.

And when it comes to your business, your relationships, your finances or your life – you want to be able to thrive. To have total freedom – in every aspect – to have real freedom.

How do we get there?

Well, we need to start with our executive centre as I explained all along.

And while there are many things that you can do to assist with working from your executive centre – there is one that makes it more consistent, more sustainable and will bring that pendulum into equilibrium more easily.

Well, that’s what I’ll cover on the next blog.

Until then, I wish you every success.

Take care and we’ll connect on the next blog.