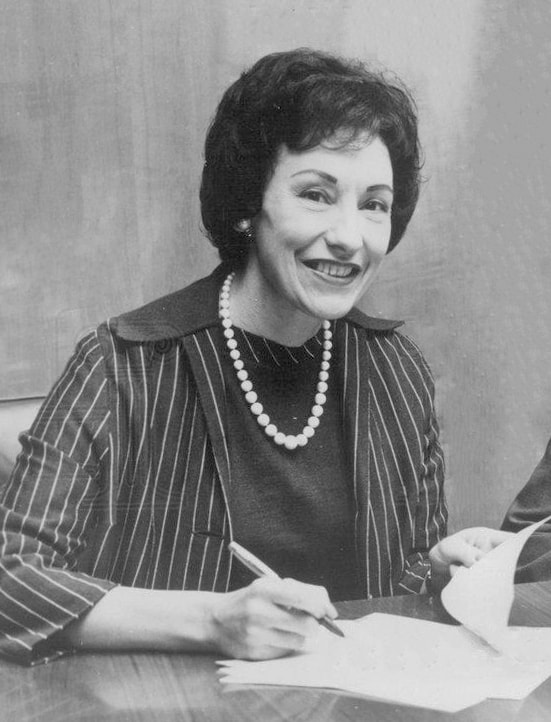 There is a true story about a swimmer Florence Chadwick that I came across many, many years ago and I want to relay this actual story to you here. Now, this story is courtesy of Don Meyer, as he puts it much more eloquently than I could ever do and it’s called The Fog. So let me tell you the story.

Florence Chadwick loved to swim. She was born in San Diego, California on November 9, 1918. And she grew up on the beach and began competing as a swimmer at the age of six. After four years of the defeats, her uncle entered her in a contest at the age of 10 in a two and a half-mile rough water night swim where she came in fourth.

One year later at age 11, Chadwick won first place in a six-mile race across the choppy waters at the San Diego Bay Channel. For the next 19 years, she continued as a competitive swimmer. When she was 13 she came in second at the U.S. National Championships. She was the first woman to swim across the English Channel both ways. She even swam across the straits of Gibraltar. In 1962 after a career of swimming accomplishments, Chadwick was admitted to the San Diego Hall of Champions into the Breitbard Hall of Fame.

But it wasn’t easy you see. On July 4th, 1952, Chadwick was 34 years old when she attempted to become the first woman to swim the 21 miles across the Catalina Channel, from Catalina Island to Palos Verde on the California coast. The weather that day was challenging because the ocean was ice-cold and the fog was so thick she could barely see to support boats that followed her. The tides and the currents were against her, and to make matters worse, sharks were in the area. But at daybreak she decided to go forward anyway, expecting the fog to lift any time.

Hour after hour she swam, the fog had never lifted. Her mother and trainer followed her in one of the support boats encouraging her to keep going. While Americans watched on television other members of her support crew fired rifles at the sharks to drive them away. She kept going and going. At about the 15 hour point she began to doubt her ability to finish the swim. She told her mother she didn’t think she could make it. Unfortunately, at 15 hours and 55 minutes she had to stop and with huge disappointment she asked her support crew to take her out of the water.

Because of the fog she could not see the coastline, so she had no idea where she was. She soon found out however that she was less than a mile from the coast. She could have definitely reached it if she had just stayed in the water a few minutes longer. Later she told a reporter, “Look, I’m not excusing myself, but if I could have seen the land I know I could have made it.”

The fog had made her unable to see her goal and it felt to her like she was getting absolutely nowhere. Two months later, she tried again. And though the fog was just as dense, this time she kept going. Her time was 13 hours and 47 minutes, breaking a 27-year-old record by more than two hours and becoming the first woman ever to complete the swim.

You see, we all encounter moments of fog, not seeing where we’re heading, not seeing land, not seeing the coastline. We’re heading to land but we just can’t see it. We know a sense of direction of where we’re going to go but we just can’t see the coastline. Like Chadwick, we can be doing really well in our business or our career but then we encounter a challenge that can either break us or make us. It depends on how we deal with that challenge then as it arises. What can happen is that doubt can set in. Doubt in our ability, our expertise, our intentions, our credibility, or even our competence, our confidence, our courage, and being able to get and go after what it is that we’re trying to achieve.

We can be on the brink of success but because we can’t see the finish line from where we’re actually standing right now, we give up. Like what Chadwick said, if she could have seen the coastline she could have made it. As I mentioned in one of the previous blogs and they called it The Snakes and Ladders Life, what happens as we get closer and closer to the brink of success, that more snakes begin to show up, more challenges begin to face up. And the reason being is because we’re getting to that point and getting closer and closer to what it is we’re about to achieve. And we have to, while we are in that energy and in that space, we have to overcome more and more challenges. And the reason being is because it strengthens us for actually what we’re supposed to do, what we’re going to be doing going forward. But it’s how we face those challenges and whether we meet them head-on, or whether we get around them or whatever it is in order to get through those challenges. That’s what makes the difference in actually reaching to the success that you want to actually reach.

Now, there are times that we need to have trust and faith, we have to be able to stand firm to what it is that we want to create. If we can’t see the reality meaning if we can’t see that coastline, like what Chadwick was trying to see as she was swimming across the channel, if we can’t see that coastline or we can see that end destination of what it looks like in real terms, we can see it in our mind’s eye perhaps, but we can’t perhaps maybe see it in real terms, tangible terms. That’s when we absolutely need our highest level of trust and faith that we’re going to achieve what it is that we’re actually going to achieve.

But there are times we need a supporter, somebody to guide us, a coach or a mentor, somebody that’s there on our side to encourage us, to guide us of where we need to get to. Now, I’ve always had a mentor in my life from the point of when I was building my career. In every single position that I held I always had a mentor. And that mentor was always a few steps ahead of me by way of he or she had experienced and gone through some of the difficulties and challenges that I had faced, but had also reached a higher level of success that I hadn’t reached at that moment in time. I always had a mentor to guide me because if they had gone through all the different things of what I’m trying to achieve, well, then I found that that was the fastest and the easiest way to get to where I want to get to.

When I set up my own business in 2001, I always employed a mentor because the reason being is they’re there to encourage you, they’re there to stretch you, they’re there to challenge you. And it surprises me, we all have an accountant or we have a lawyer, or we have a physical trainer for our fitness or our physique. But for so many people they don’t have mentors in their life or in their business. They don’t have that guide or that support to challenge them, to support them, to encourage them, to push them and to guide them as it regards where they’re supposed to go. There are times when we are faced with challenges and you need to find somebody in your circle of influence that can actually be there as your mentor, as your cheerleader to bring you forward.

You see, what happens is the more we can see something happening, the more we can see it in real terms, we get that higher level of belief in what it is that can be achieved. Up to the point in 1954 when nobody could actually achieve running the mile within four minutes, and then as soon as they could see one person Roger Bannister running that mile within four minutes, since then thousands of athletes have run that mile in less than four minutes. The more you’re able to develop and grow your belief around what it is that you want to actually achieve, the more you will actually succeed.

The next thing that we can take from the story of Chadwick is that when we have persistence and endurance in our life and in our business, well then everything comes about. When I’m talking to people that are involved in business development and sales, I encourage them to keep being persistent and consistent in what it is that they’re doing. But let me put it this way. When it comes to sales, for example, a lot of people give up at the first ask, meaning that they go to a potential client and they ask them for business. And if the client says no, they feel rejected and they walk away. They don’t come back and ask again, “Are you ready for the sale?”

The more you have consistency and you’re persistent in what it is that you’re going after, well then the more you’re going to reach to that success that you want to achieve. You’ve got to have that endurance for staying the pace of staying in the water just like Chadwick and swimming and constantly keeping going and heading towards what it is that you’re looking to actually achieve.

But you got to keep going, that’s where the endurance piece comes into play. So many people just give up, they just let go and they don’t go after what it is they’re supposed to be going after. They don’t follow that train because they’ve faced a challenge and they just give up. But those challenges are there to be overcome. They’re there to strengthen you, they’re there for you to learn from. So the more you get over those challenges and head towards what it is that your dream is, well then the more you’re going to succeed in it.

These are just so many questions you want to contemplate on. And ultimately the fundamental question is, do you want to stay where you are or do you want to actually achieve a much, much higher level? Because it’s by achieving a much, much higher level that you get closer and closer to your dream, closer and closer to your purpose. It’s taking those stepping stones, and the more stepping stones you take the closer you get to your dream. Well, that’s it for this blog and I look forward to connecting with you on the next blog. Until then, I wish you every success.