Businesses with a bigger purpose 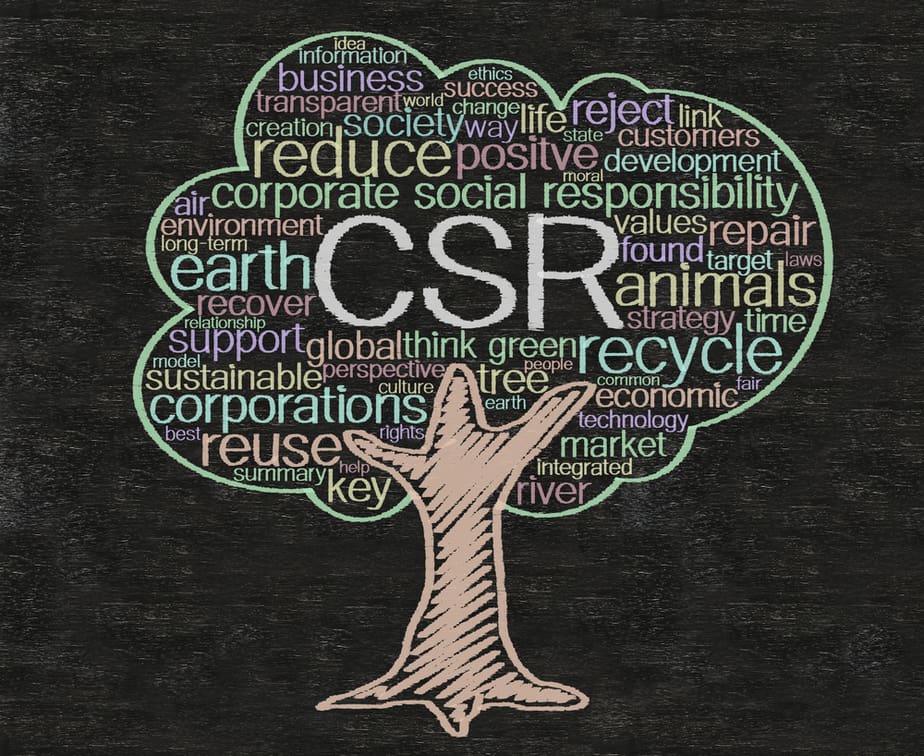 “A business that makes nothing but money is a poor business”

said Henry Ford, the founder of the Ford Motor Corporation, almost a century ago. Ford was, as was his business, known for somebody that lives up to his reputation. With his company it was never just about producing cars and making money out of it. It was about changing people’s lives and he was always very cautious about what he did and how it would impact society. It was through this philosophy that he revolutionised the automotive industry in the beginning of the 20th century.

Today, we often look back on Mr. Ford and his philosophy about efficiency, innovation and social responsibility as he is one of the entrepreneurs that measured success in terms of work and life quality improvements.

In my work as an business mentor and consultant to companies from various sectors, I have come to realise that people could have all sorts of reasons for starting a business. I suppose most do it in pursuit of financial independence, while others do it out of aspiration for a different lifestyle and freedom. Then there are those who refuse to work for others and really only do it out of vanity.

Not always do businesses turn out to be good as statistics tell us.  In Ireland, similar to other countries in the world, more than 50% of start-up companies fail within the first 5 years. Sometimes it is the entrepreneur’s lack of knowledge or skills and other times it is bad planning. Mostly however it is due to lack of genuine passion for what the business does.

Yes, not always do businesses turn out great. But great businesses are always the ones with a vision which is driven by a mission.

We’ve all heard the success story behind Apple and how Steve Jobs was dreaming of a world where everybody would have a personal computer. Today Apple is a billion dollar business and Steve Jobs’ dream has, to a large extent, come true. Henry Ford’s mission wasn’t that different really – he wanted for cars to be so affordable that even workers at his factory would own one each.

Today, the aim to contribute to a better, more fair, more equal world expands to a larger more altruistic scale. It is no longer enough to produce and distribute good enough products or services. The truly great and successful companies are the ones driven by a bigger purpose, a bigger mission.  They play their own small part in adding to a greater good and are companies that exist for this very purpose, not alongside of it.

Here are a few examples of businesses inspired by their vision:

Xerox. The printing giant has a number of programs aimed at improving the life of various communities and they get their employees directly engaged in those. Xerox’s social engagement dates far, far back before CSR became a marketing function of companies. Xerox’s Community Involvement Program has been around since 1974 and since then more than half a million Xerox employees have participated in community-focused causes. The company spends millions on facilitating employees to do so. What they get in return – recognition by both various communities and employees.

Pedigree. The million dollar company built its brand around its call to people to adopt homeless dogs. Through their care and support of these animals and sponsoring a national adoption drive, the company has donated huge amounts of money to shelters and breed rescues. And not just that, Pedigree donates one bowl of food to animal shelters every time it gets a Facebook fan.

Faucet Face. Faucet Face is a bottled water company which is also built around a mission – the mission to give access to clean water to those who need it the most. The company gives away 2.5% of all proceeds from its several products as well as a complete filter for each sale of 5 or more individual bottles to the clean drinking water charity Third Millennium Awakening (TMA). With Faucet Face’s contribution, TMA employs locals in India to create the filters and then distributes them to families in need.

Twice as Warm. The company sells winter wear such as hats, scarfs, gloves, etc. and is based on, as its slogan says, the ‘give one, wear one’ philosophy. Its mission is “to spread warmth to people and communities around the world.” And it seems like they live by it – every time somebody buys an item, the company donates an item to a homeless person from a local shelter.

Panda. Panda is a sunglass company that sells bamboo frame sunglasses. For each pair of sunglasses sold, the company donates an eye exam and prescription glasses for school-aged children through the Optometry Giving Sight organisation. The company is an excellent example of how a great mission can be tied in with their core business, products and business goals.

Patagonia. The outdoor apparel company is probably among the most exemplary organisations when it comes to genuine CSR. They prove that when CSR is at the heart of the business and is coordinated and aligned with the business goals, as opposed to just being a marketing function, it can really catapult you to the top. The company donates 1% of its sales to environmental organisations and grassroot charities. It has also founded the  Sustainable Apparel Coalition, which is an alliance of 30 companies, measuring their environmental impact against each other and working together to improve it. Patagonia has, through its mission and vision for environmental sustainability, created a strong follower base, a community of people who hold the same values and beliefs. The company encourages its customers to refrain from buying more than what they really need though campaigns under slogans such as ‘Don’t buy our jackets’. They also invite customers to bring back to the stores their old items which Patagonia then fixes and recycles for them.

This is how this multi-million dollar company takes responsibility for its impact on the environment but also engages and motivates people to be responsible too.  Theirs is the phrase that “the greenest product is one that already exists”.

Some of these companies are more popular than others but they are all successful, thriving businesses. The list of companies such as these, that are genuinely devoted to a mission, is slowly growing. Some of them have been founded around a certain cause or a mission such as to help a specific community, while others adopted a social role aligned with their core business as they grew larger.

Unfortunately, the percentage of businesses that simply have a CSR section on their website and simply give away money for this or that cause without a strategy in place and without ever measuring the results of their uncoordinated effort is much longer. To those businesses, being socially responsible is just another opportunity for PR or at the very best ‘doing the good deed for the day’. But without their efforts being aligned with their core corporate values and without being purposeful and followed up on, they are nothing but a random act of kindness.

And this is such a waste but also sad at the same time because, through embedding our bigger purpose into our corporate strategy, we could not only make a tremendous impact, but also grow our business while creating jobs and helping the economy too. Being genuinely socially responsible gives you an advantage on so many levels.

In Michael Porter’s report “Strategy and Society: The Link Between Competitive Advantage and Corporate Social Responsibility” for Harvard Business School he says:

The fact is, the prevailing approaches to CSR are so disconnected from strategy as to obscure many great opportunities for companies to benefit society. What a terrible waste. If corporations were to analyse their opportunities for social responsibility using the same frameworks that guide their core business choices, they would discover, as Whole Foods Market, Toyota, and Volvo have done, that CSR can be much more than a cost, a constraint, or a charitable deed—it can be a potent source of innovation and competitive advantage.

The companies mentioned here, as well as the above listed ones and many more are the living proof that social engagement can indeed make you, if not a leader in your field, at the very least one of the most successful players.  That being said I genuinely believe that

“a business that makes nothing but money is a poor business”

If you genuinely want to make a difference and would like to be remembered for the legacy you left, not only for the products or services you provided, and are looking for a meaningful way to contribute to a greater good, please don’t hesitate to get in touch. I would be happy to chat to you about the possibilities and how your mission could be aligned with your strategy in a healthy, fulfilling and profitable way.